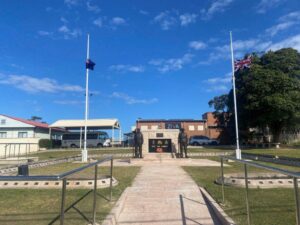 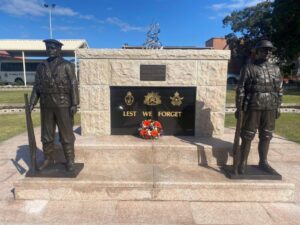 Toukley RSL Sub Branch today laid a wreath and had our flags at half mast, as a mark of respect to commemorate Vietnam Veterans Day, on the anniversary of the Battle of Long Tan in 1966.  We remember the sacrifices of those who died and say “thank you” to almost 60,000 Australians who served during ten years of our involvement in the Vietnam War.